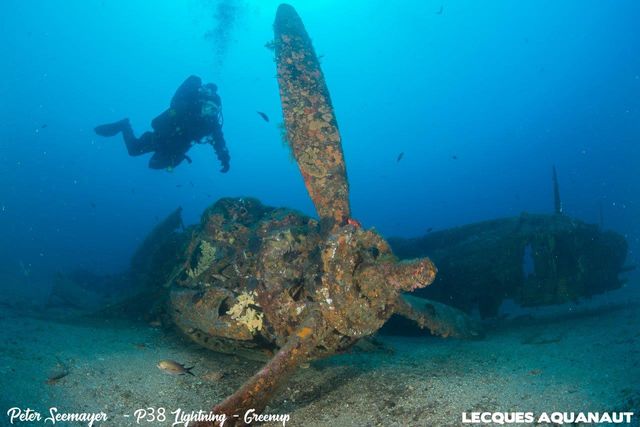 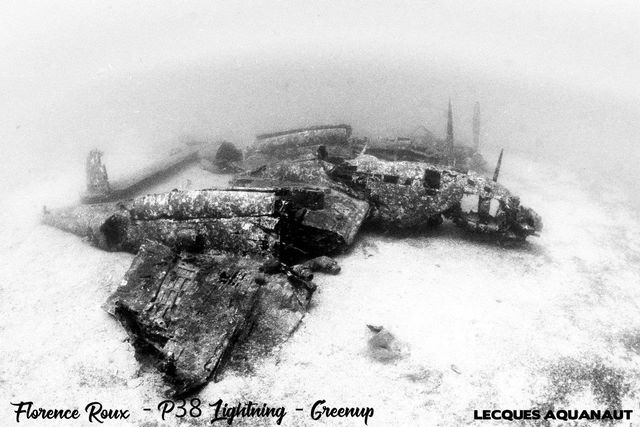 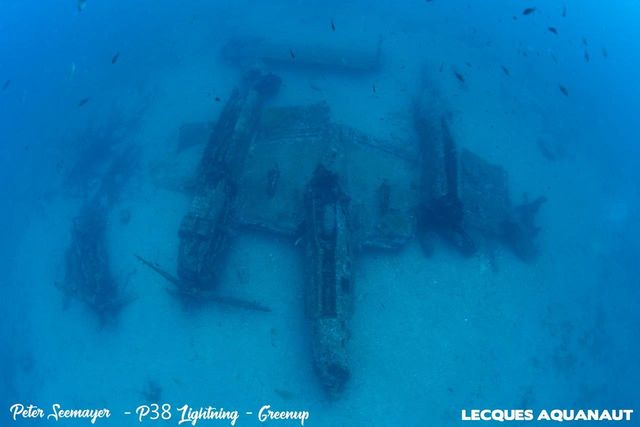 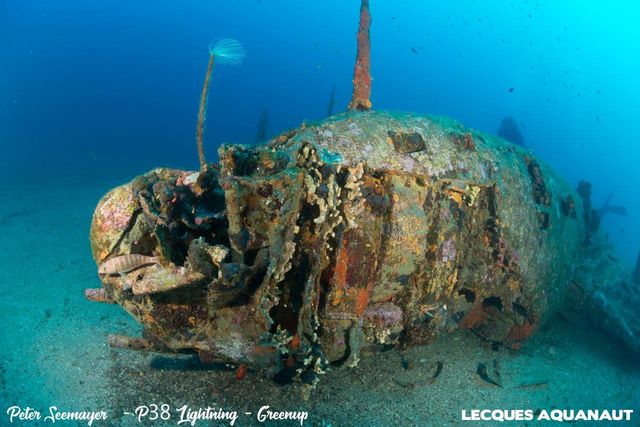 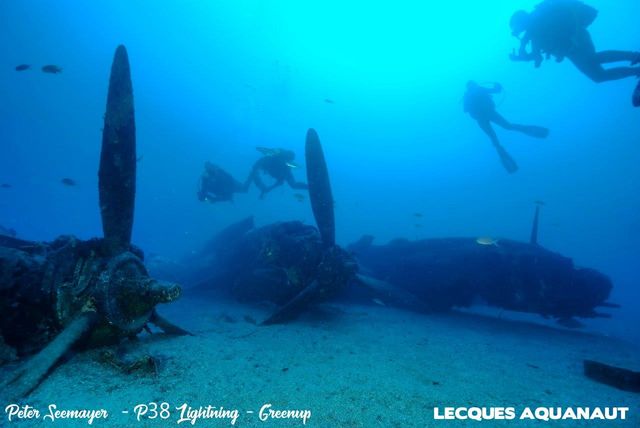 Discover a World War II wreck very well preserved! WRECK STORY…
Resting upside down 38 m deep, this beautiful World War II plane was shot down by the Germans in 1944 (27th January). In Novembre 1996, fifty-two years later, Marcel Camilleri, the director of the scuba-diving club "Lecques Aquanaut Center", found the wreck. He has been looking for it for ten years. During a dive on a sandy bottom 40 m deep, he noticed a very large group of fish. Approaching the wreck, he discovered the outline of a plane and recognized the characteristic shapes of a P38.
The hardest part remains with the identification of the plane. The French media of the time and the archives of the French Navy did not have any marks of this fight. By Internet, he got in touch with former pilotes of the 367 Fighter Group, who assisted him in his investigations. They needed to find a serial number. During four months, Marcel and his friends have pulled the cockpit out of the sand and they finally found a plate with the number 43-2-545. The plane has been clearly identified.

FAUNA AND FLORA:
We can find lobsters, congers and monstruous red mullet. For the luckiest ones during the season… You can find sunfish cleaning the sea!