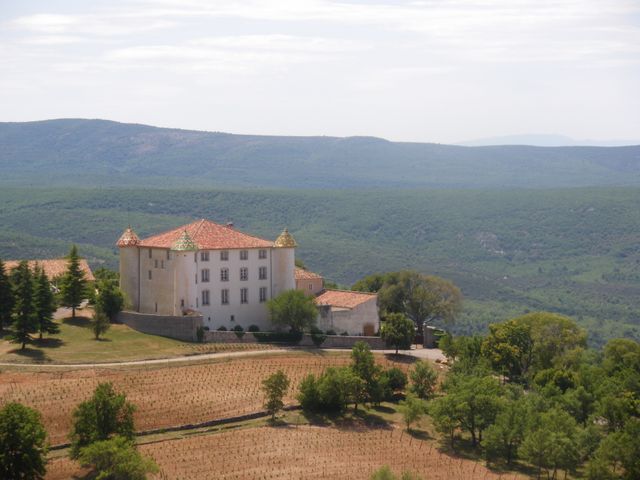 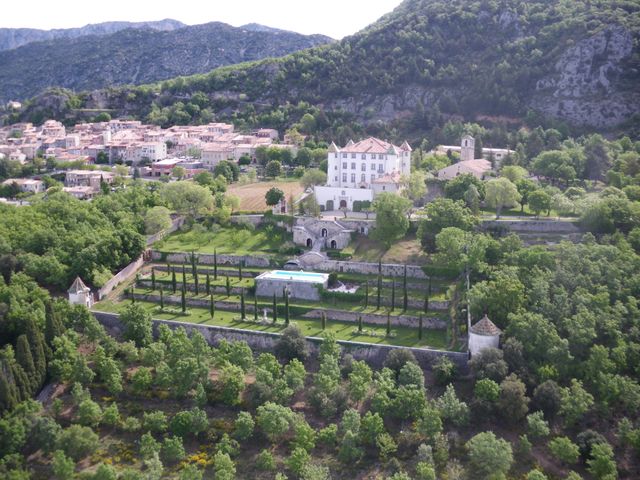 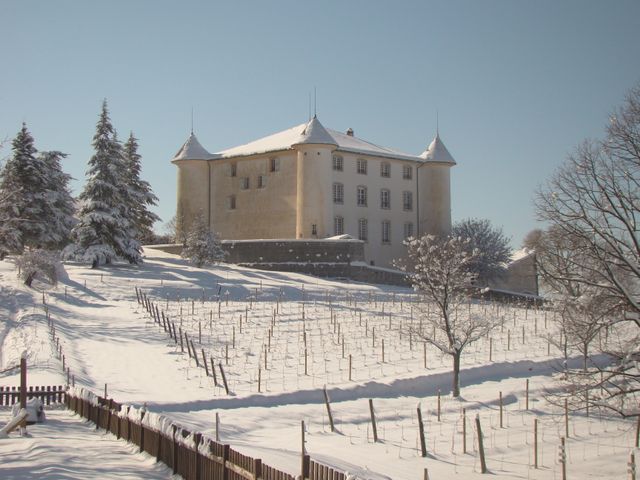 The Castle of Aiguines overlooks the Sainte-Croix Lake and offers a great panorama. Legacy of the reign of Henry IV, it now represents an exceptional heritage.
The 13th century fortified building was transformed into a castle at the beginning of the 17th century (1606). Then terraced gardens were developed (1732), as well as outhouses (1733). An aqueduct was built in 1752 to bring spring water.
The gypseries of one of the dining rooms and the banister of the staircase, both from the 18th century, are classified as Monument Historique, as well as the terraced garden and the elements that compose it. The façades and roofs of the castle and of the outbuildings were listed as Monument Historique in 1993.
According to local tradition, the four seasons are represented in the colour and design of the roof turrets. The castle is private and cannot be visited.
S'y rendre Show map Contact

Visible from the outside all year long, the inside private and closed to the public