Home / Have fun / Visits and heritage / Art, crafts and workshop visits / Ceramics in the Var

Ceramics in the Var . 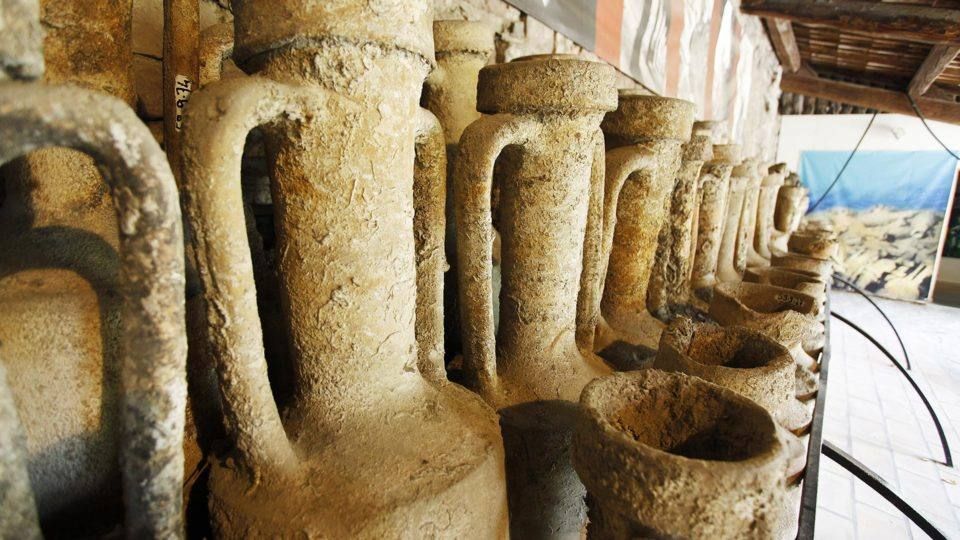 Ceramic art in the Var, as in the Mediterranean basin as a whole, appeared 8000 years ago, during the Neolithic era. These first potteries that emerged at the same time as agriculture, livestock rearing and weaving, are used for both practical and ritualistic purposes (offerings to the deceased).

During the Gallo-Roman era, amphora were made in Fréjus and exported across the Mediterranean. In the 15th and 16th centuries, Fréjus was still a major manufacturing centre for ceramics and the biggest supplier of dishware in Marseilles!

However, the 17th century was when ceramic art really began to develop in the Var, and a flourishing industry emerged, reaching its zenith in the 19th century and would last until the middle of the 20th century. Thanks to the abundance of water, the presence of pure and fine clay deposits and vast swathes of forest, meant trees could be cut to fuel the fires, several villages in the centre and upper Var, especially Brue-Auriac, Saint-Zacharie, Lorgues, Villecroze, Barjols, Varages et Salernes, specialised in renowned artisanal and industrial production: briquettes, floor tiles, tiles, dishware…

Even today, at the beginning of the 21st century, Salernes and Varages are renowned for their tile, dishware and pottery industries. 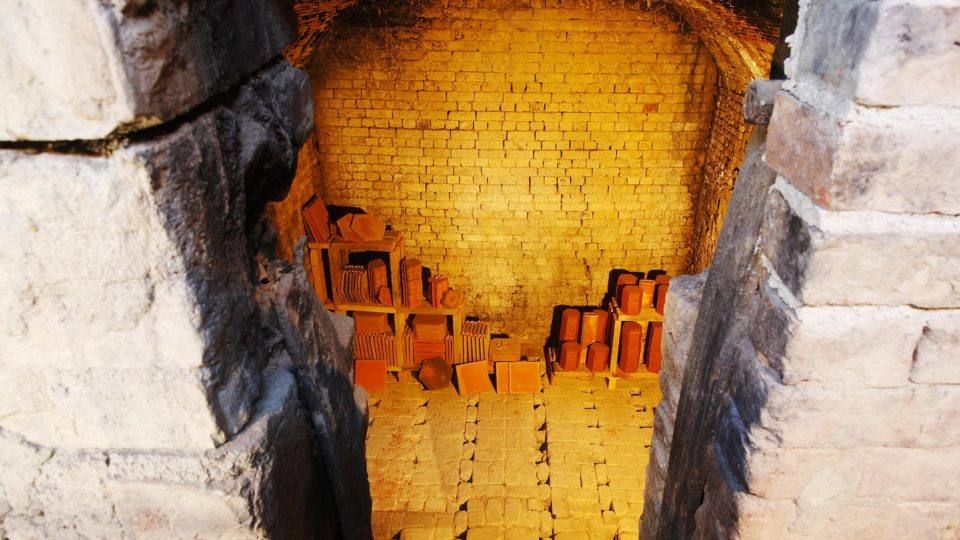 Since the beginning of the 19th century, Salernes has been renowned for producing little red hexagonal tiles called ‘tomettes’. The exceptional quality of the clay deposits in Salernes – a iron-rich red clay – has encouraged Salernes manufacturers to specialise in the manufacture of this product. In 1913, 53 tile factories employed nearly 1200 workers and produced up to 60 million tiles every year! Unfortunately, following the Second World War, the little hexagon was no longer fashionable, and began to ‘decline’ and gradually disappeared from the tile market. To confront this issue, the manufacturers reinvented themselves and industrialised. New products born from the evolution of their technical and manufacture, such as the ‘edged’ tile in curved shapes (Moorish, fleurs de lis), or glazed tiles.

In 1970, the Salernes tile industry gained fresh momentum with the Port Grimaud naval base, whose houses had…tiled floors and walls covered in 10×10 tiles! The producers delivered 3000m² of ceramic tiles and 1500m² of glazed tiles every month!

Today, a dozen tile factories are still operating in Salernes. Combining tradition and skill, they produce high-quality, varied and personalised products. The new ranges of tiles play with colour, shape and texture. 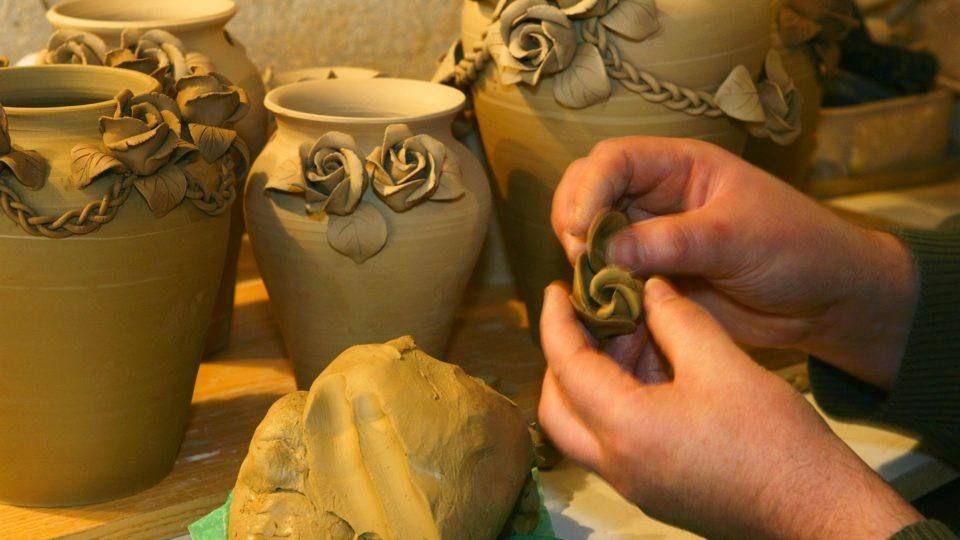 From 1698, Varages became ‘ceramic country’ thanks to Etienne Armand and Joseph Clérissy, two artisans who decided to establish their own factory because pure water flowed in abundance in this small village! In 1720, they were joined by several master potters from Marseilles, which was then struck by the Plague. In 1789, Varages had 8 factories, 5 glazing mills, added to the activity of the potters.

The upheaval of the Revolution, the fashion of porcelain, the competition from the North sounded the death knell for luxury ceramics. Varages adapted by expanding its range of practical products, mostly in white. The arrival of the little south-eastern trade, the ‘pine nut train’, saved the ceramics workshops and in 1890 was a new beginning with, amongst others, the original Battaglia. With the arrival of electricity, the ceramic factories were mechanised.

Nowadays, the production of ceramics in Varages continues, alongside manufacture in Lauriers 6 ‘faïenceries d’Art’ celebrate a high-quality production, reconnecting with the magnificent productions of past centuries. Varages offers a wide range of products, dishware united with a large colour palette, or decorated, lamps, decorative objects etc. They vary in shape and colour, some inspired by tradition and others more contemporary. 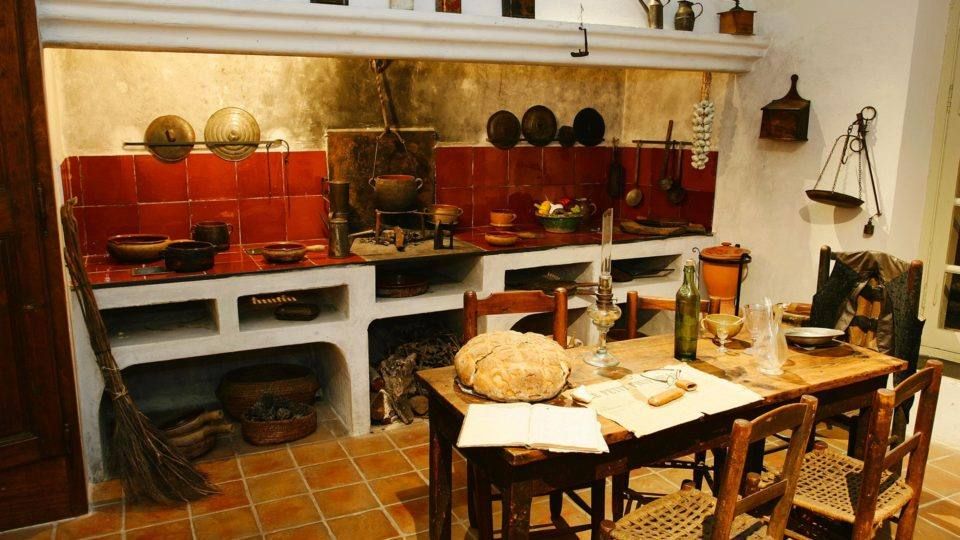 Daubière: glazed terra cotta receptacle to cook Provençal stew on a wood fire. It can be round, oval, different depths, but always has a lid to steam the food, two handles and a small hole in the lid or sleeve to let out steam.

Gargoulette: porouse jug that chills water via evaporation. The narrow lip means you can pour the water directly down your throat, giving rise to the expression ‘boire à la gargoulette’ to mean drinking without your lips touching the bottle.