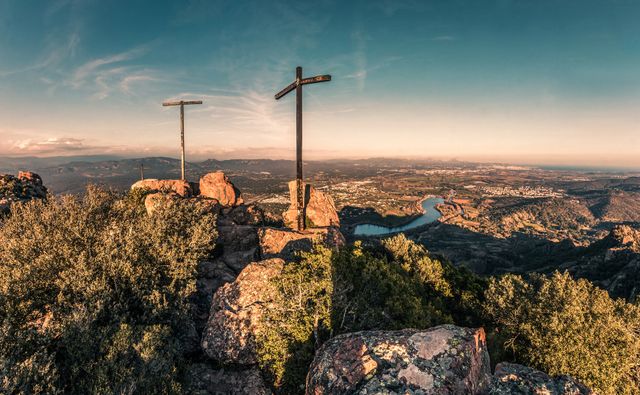 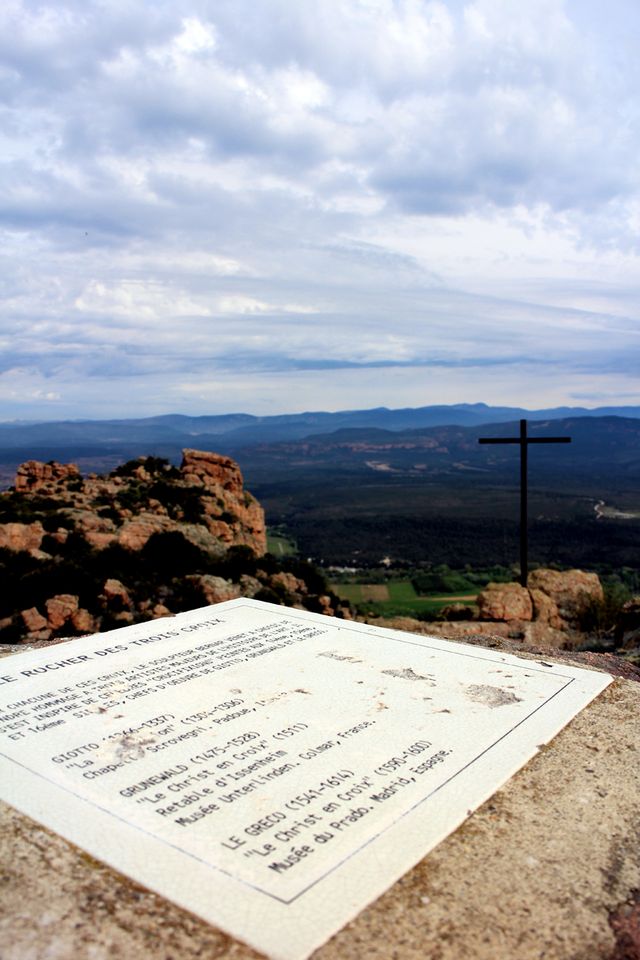 The three crosses at the top of the Rock of Roquebrune-sur-Argens can be visited on a guided tour organised by the Municipal Tourist Office. The people of Roquebrune used to carry out a pilgrimage walk to the top of the rock where they had erected three crosses. According to legend, three faults appeared in the rock when Christ died on the Cross. The three wooden crosses disappeared over time, and were replaced in 1991. Artist Bernar Venet created three steel crosses exceeding 4 metres in height and each weighing over a tonne. They pay tribute to three famous Crucifixion painters: Giotto, Grünewald and El Greco.

Ask for the Three Crosses hiking itinerary at the Tourist Office.

All year round, daily.
Access to the forest is sometimes restricted. The Var Prefecture issues a daily map of authorised areas. www.var.pref.gouv.fr/massifs.