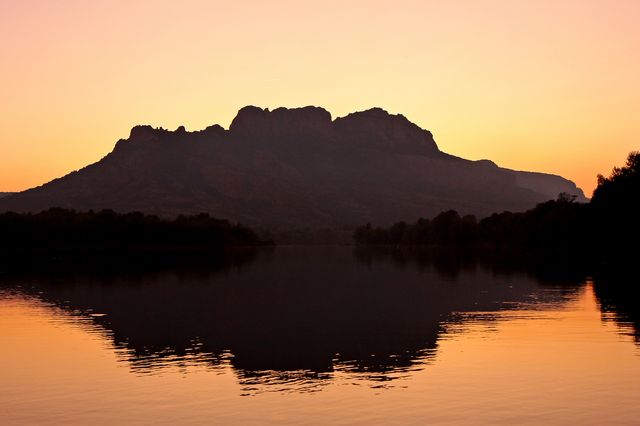 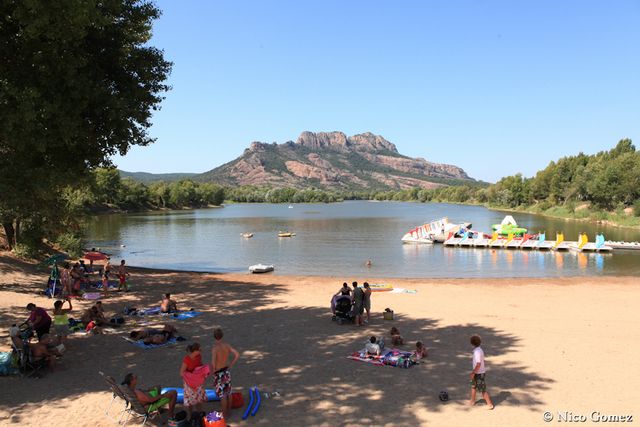 The Rock of Roquebrune, a listed site of national interest, culminates at an elevation of 373 metres. From the top you can enjoy a superb 360° view over the Argens valley, Fréjus, the Estérel mountains, and the Alps in the distance. The Rock of Roquebrune is composed of arkose, a red-coloured rock formed by the deterioration and erosion of granite and gneiss. It is covered in maquis vegetation that clings to its crevices. This protected site of national interest is home to some amazing fauna and flora. Erosion has sculpted and dug out the caves, widened the faults, and modelled the columns into mushroom-like forms, such as the Deux Frères (two brothers). Its highest point reaches 373 metres. Three crosses have stood at its summit since 1991. Of different forms, these sculptures by Bernard Venet pay tribute to three painters, Giotto, Grünewald and El Greco. From there, you’ll enjoy a beautiful 360° view over the Argens valley, Fréjus, the Estérel mountains, and the Alps in the distance.
A few legends surround the site, the most famous being about a pious young woman who was pestered by a besotted nobleman. Trapped in front of the rock face, she prayed to the Virgin Mary for help. The rock opened to allow just enough space for the young woman to escape without her pursuer being able to follow. So the saying goes that only the purest of souls can cross the Holy Gap.

Sculptor Bernar Venet decided to create these crosses as a tribute to three major figures in the history of art.
He was inspired by the famous crucifixion scenes of the 14th, 15th and 16th century painted by Giotto, Grünewald and El Greco.

Ask for the hiking itinerary at the Tourist Office to enjoy the sumptuous panoramic view from the top of the Rock of Roquebrune.

All year round.
Access to the forest is sometimes restricted. The Var Prefecture issues a daily map of authorised areas. www.var.pref.gouv.fr/massifs.