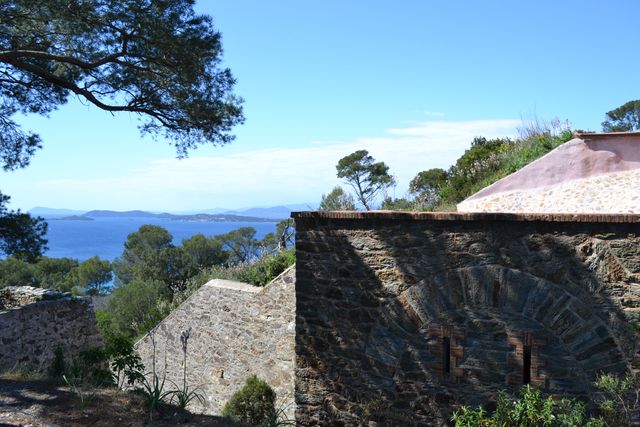 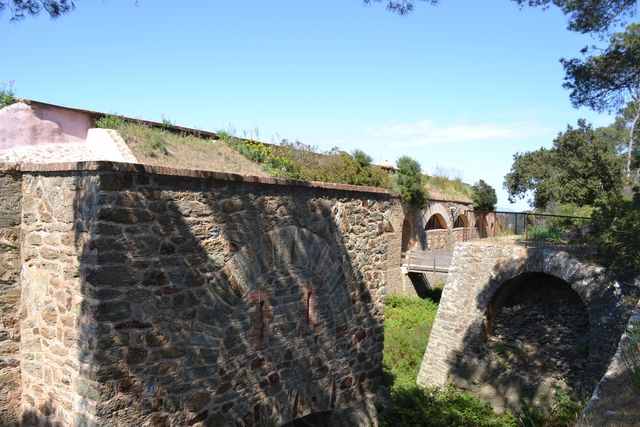 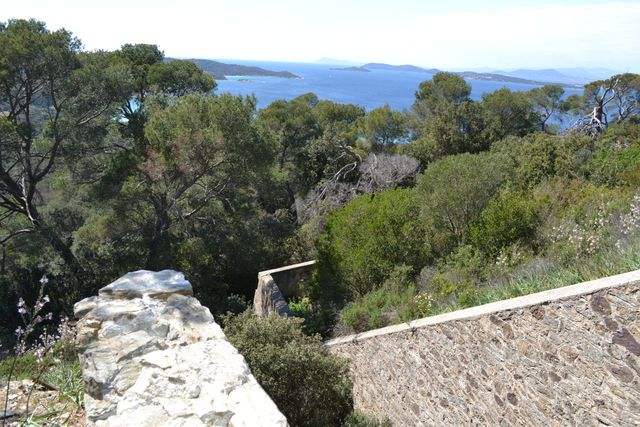 The Repentance fort is a buried defensive structure. Completed in 1893, this dreadful artillery battery, done in two different structure, allowed its occupants to cover the channel. Its function was essential to the island defence. Closed to the public. Since 1995 an orthodox monastic community settled by the national park restore the fort. Renamed “Sainte-Marie du Désert” monastery. Devoted to Mary of Egypt, this hermitage is a dependence of the monastery “Saint-Antoine-Le-Grand” (Drome). After 40 years of community life in this monastery, Father Séraphin settled in Porquerolles in what was once the fort of Repentance, to live there as a hermit according to the ideal proposed by Saint Cassian of Marseilles (5th century): "The perfection of the hermit is to have the spirit free from all the things on earth and to keep it united with the Christ as much as human weakness allows it".

Reminder: from June 19 to September 20, access to forest areas exposed to the risk of fire is regulated in the Var. For information,
http://www.var.gouv.fr/acces-aux-massifs-forestiers-du-var-a2898.html
S'y rendre Show map