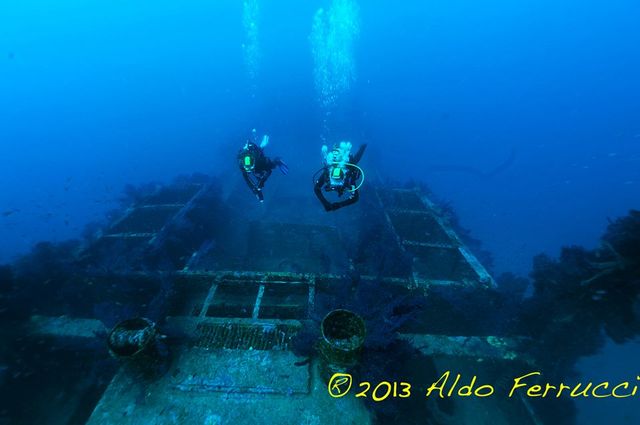 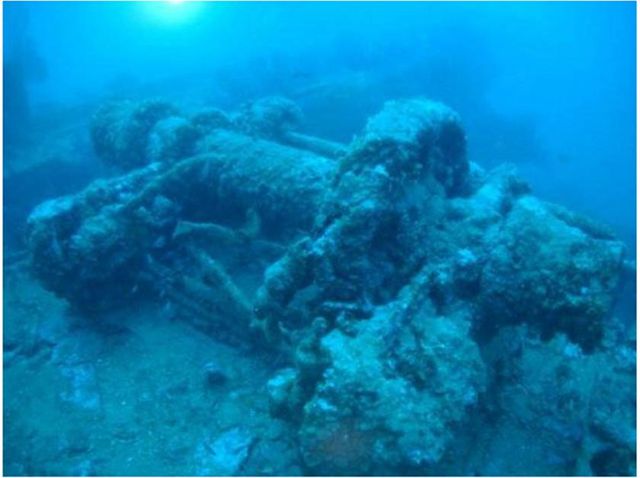 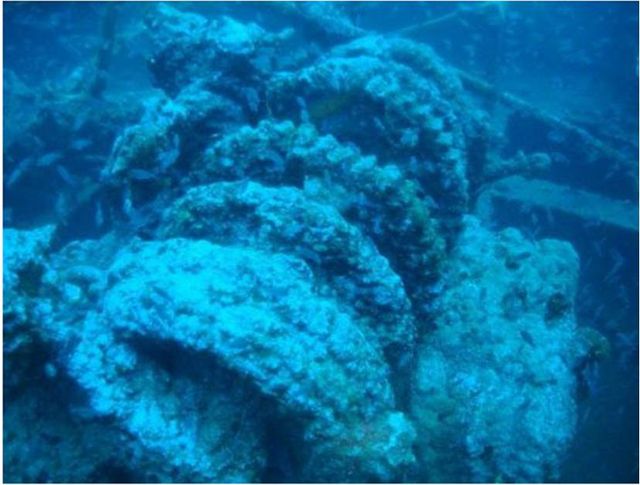 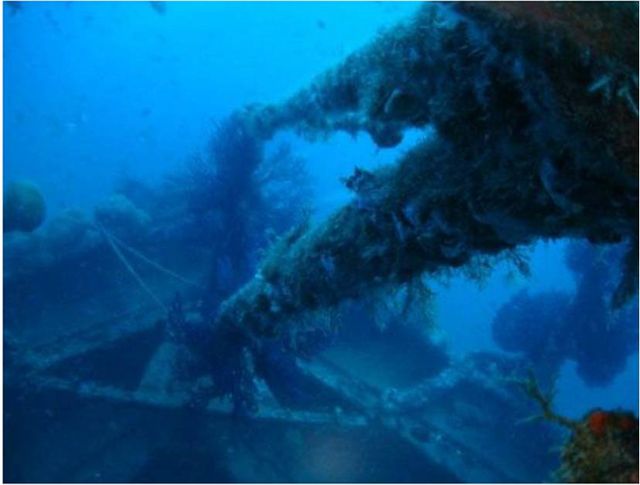 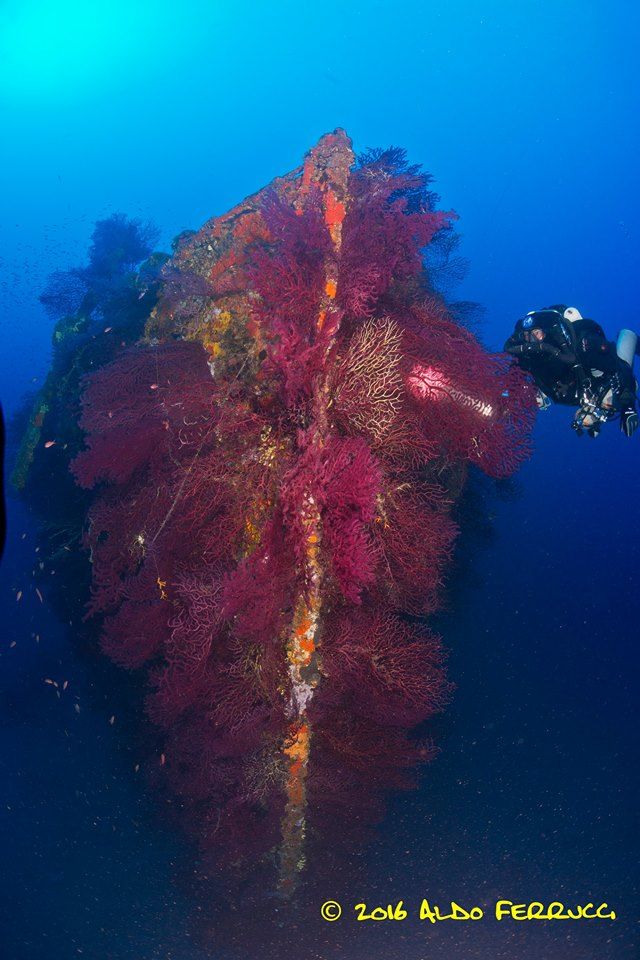 Forerunner of the modern ships, its construction dating 1882 is innovative: steel, five tight partitions, double hull. It possesses 3 masts and can run wether with sails or with a motor.
The company "Havraise Péninsulaire" buys the ship and names it "City of Valencia". In 1906, it is resold to the company Becchi Lalagno of Savona and navigates from now on under the name of " Armor ". It is in 1912, after being bought by the genoese company Llva, that it will be baptized "Togo"
The Togo is going to transport first fruits and then coal which will supply all the mediterrenean sea.
On May 12th 1918 it knocks against a mine of 150 kg left by the submarine UC35. The Togo is then cut in two and sinks immediately. 59 years later the biologist and diver Richard Calmes finds it.

THE FLORA AND FAUNA
The huge red gorgons which live in the wreck can reach 1 meter width, they are sometimes so dense that it is necessary to find another passage to visit the passageways of the ship!
Fishes: congers, anthias, castagnoles and dentis. On the sand at the level of the break, it is not impossible either to fall on a sunfish...
The Togo lays on a sandy ground in light slope, the bow in the direction of the bay of Cavalaire. The wreck requires several dives because it is vast: 60 meters long, and deep. Diving along the sides of Togo does not bring many interests and reduces the time of dive. It is better to stay close the openings along the deck.

WE LOVE:
- The wreck
- The red gorgons

TECHNICAL CHARACTERISTICS:
- Type of dive: wreck
- Location: on the West of the headland Dubreuil in the bay of Cavalaire
- Depth: between 45 and 61 meters
- Level of difficulty: difficult
- Dive: from the 3rd level
- Remarks: impracticable by Mistral
S'y rendre Show map